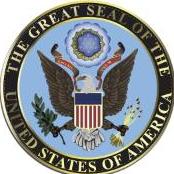 Q from the whole Q-Anon conspiracy has been identified, he's a right-wing confirmed paedophile who runs 8chan